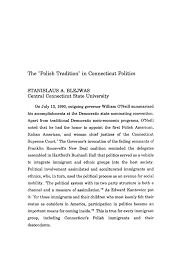 Why does Connecticut politics always seem so dry and boring? Last week we had the embarrassment of a former governor who was convicted on corruption charges, which put his term at risk. But this wasn’t the only drama going on in the state capital. Last month we learned that the state legislature was poised to approve a historic growth plan that will significantly increase spending and reduce taxes. But how does this fare against the other problems plaguing our country at this time?

Some say that Connecticut’s representative to the U.S. Senate, Richard Blumenthal, is too moderate for his own good. Connecticut Democratic party chairwoman Ellen Liberty called some of Senator Ted Kennedy’s proposals “disastrous.” She accused the senator of “disappointing” President Bush with a proposal to increase the death penalty, which the White House has opposed.

But Connecticut Democrats are hoping that things will go better this year since the state has yet to elect a governor since Thomas Seward was elected in January. Connecticut has traditionally been a blue state, but it appears that voters this time are leaning more towards the red. The two most likely winners in the democratic primary are Attorney General Richard Cordray and Councilor David Nutter. Both are favored over the other candidates by party insiders.